God is the only reality

The most basic particle of matter is an atom. Although individual atoms are invisible and like bubbles, when they are held together by electrostatic forces, become visible solid mass. Atoms are made of concentrated bodies of energies which are often referred to as particles (protons, neurons, quarks, electron ect) that are held together by atomic forces. In short, visible matter, and everything that exist in the universe are made of energies that are bound together by forces. Furthermore, forces and energies also keep the universe in perfect harmony. In addition, they form molecules and compounds necessary for life processes, and work in nature to instill instincts in life processes, which enables them grow, survive, evolve, and regenerate. Therefore, without these forces and energies, the universe would cease to exist.

All the above-mentioned forces and energies are the working of a single entity; because everything that exists have similar design and are in harmony with each other. For example, there is similarity between the structure of an atom, a solar system, and a living cell. They all have central nucleus (sun in the case of the solar system), surrounded by substructures, such as the electrons in the case of an atom, the planets in the case of a solar system, and organelle in the case of a living cell. This entity is the spirit of love, who is the being of God, who created and binds together the universe, and maintains harmony. The intelligence of His creation is beyond our understanding. For example, in a human body there are 30 trillion cells; and each cell has 3.2 billion pairs of genetic codes with a stretch of 750 million miles in each DNA sequence.

Everything that is created follow the law of God, which is love. It involves losing one’s own identity (sacrifice) to unite with a complementary compound to form a new compound or entity. For example, when positive ions of a base unite with negative ions of an acid a new compound called salt is produced. Here there is bonding between positive and negative charges resulting in each losing its own identity to form a new compound. Everything that is good follows God’s law. Other examples of this law are, male and female unite to procreate an offspring and positive and negative charges unite to complete a circuit to produce light. When we engage in same sex activity, they reject God’s law love. It is, therefore, a pervert act.

God is also the bond who unites man and woman in marriage. When we reject this bond (in divorce) we reject God. Therefore, it results in breakup of family and all its consequences. It is similar to an atomic explosion when the bond within an atom is split. Furthermore, when the sanctity of this bond is rejected by the society, it leads to the evil of fornication, contraception (which is against conception of another human being), adultery, abortion, and unnatural and perverse sexual activity that reject the law of God. This in turn results in lack of respect for human life and confusion about who we are, what is our purpose in life, and our sexual identity. 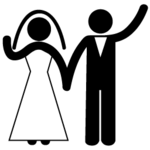 well said and laid out.
You must log in or register to reply here.
Similar threads