"Israeli Prime Minister Benjamin Netanyahu said Sunday he hopes to “make history” during his upcoming trip to the White House for the expected unveiling of President Donald Trump's Mideast peace plan. Addressing his Cabinet shortly before departing for Washington, Netanyahu described the current environment, characterized by close ties with Trump, as a once in a lifetime opportunity for Israel that “we must not miss." Trump's plan is expected to be extremely favorable to Israel.

“We are in the midst of very dramatic political events, but the peak is still ahead,” he said. “For three years I have discussed with President Trump and his team our security and national needs — dozens of discussions and hundreds of hours. In all of these talks, I found a receptive ear in the White House for the essential needs of the state of Israel,” he said. “I am going to Washington with a great sense of purposes, great responsibility and great chance, and I am hopeful we can make history.”

The plan's release has been repeatedly delayed, and it seems to have little chance of success. The Palestinians, accusing Trump of being unfairly biased toward Israel, have already rejected it."
B

I don't know how President Trump is going to get the Palestinians to sign the plan but somehow someway they are eventually going to sign it and Israel and the Temple Mount will be divided then the tribulation and the countdown to the rapture begins, the plan will also lead to the construction of the third temple which the Antichrist will desecrate and declare himself god.
B 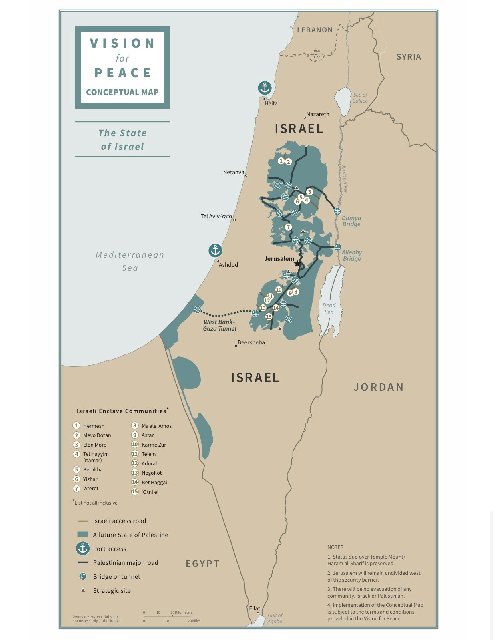 A lot is in process of happening.
B