The True "Sons of GOD" knows better days are not coming, "Jesus is", The signs are here. Animals are dying, Fish are dying, the Earth is dying,

And God has said:

New International Version
For then there will be great distress, unequaled from the beginning of the world until now--and never to be equaled again.

New Living Translation
For there will be greater anguish than at any time since the world began. And it will never be so great again.

English Standard Version
For then there will be great tribulation, such as has not been from the beginning of the world until now, no, and never will be.

Berean Study Bible
For at that time there will be great tribulation, unmatched from the beginning of the world until now, and never to be seen again.

The world does not know this, we do. Most people think Jesus came here for us to have a better life, But He came to save us from the "Wrath of GOD" to come. For that is "The LOVE of GOD" He has given the "Whole World" a way out. What greater "LOVE" is that. And we "The Sons of GOD" are given a gift of urgency to "sound the Alarm" by "Proclamation" of the closeness of His arrival. We are that "Signal Light" in the window of a "Dark World". For we do not light the world up, we are a "Light" in a "Dark World" calling those to procede to "The Light" although darkness is all around them. And the closer they get to the "Light" the more their "sins" are exposed. "John the Baptist" said I am not that light, but to bear witness of the "light". " For the True Light, enlightens every man".

"all creation is in pain and suffering and waiting for "Our Redemption of our body" "and we also groan within ourselves, eargerly waiting for our adoption" ( Romans 8). 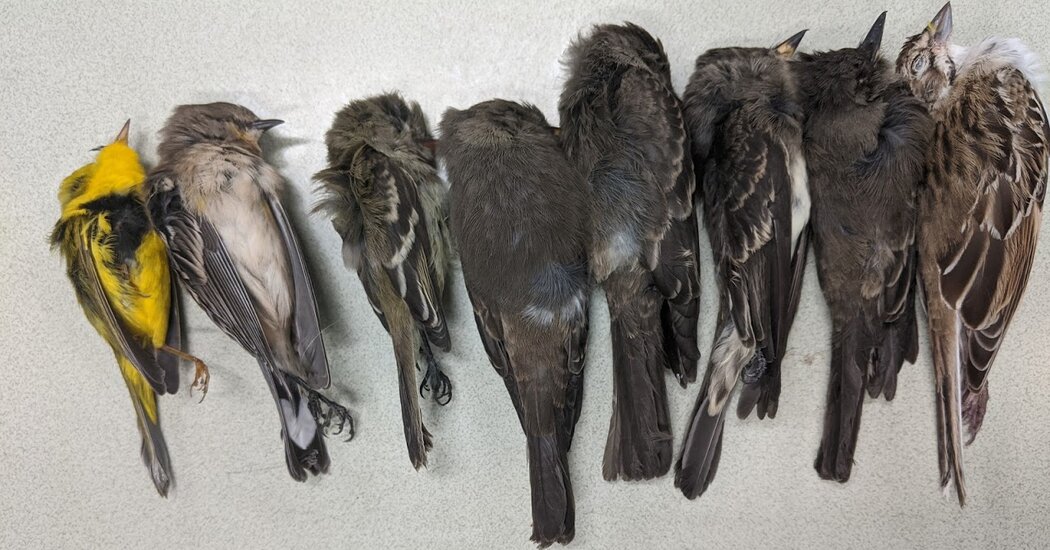 New Mexico Mystery: Why Are So Many Birds Dropping Dead?

Scientists say that the wildfires in the West combined with drought and record heat waves could be triggering one of the Southwest’s largest migratory bird die-offs in recent decades.

Who are the ones in this time and date in which we are living are most afraid of "The TRUTH" which is the unadulterated WORD of GOD, they i think, are the ones who try to explain it away, once they have read the "Passages" into the coming events. And they have read "The Handwriting on the Wall" and for sure They Understands "MENE MENE TEKEL UPHARSIN".
You must log in or register to reply here.
Similar threads