The Suffering, Death and Resurrection of the Son of God 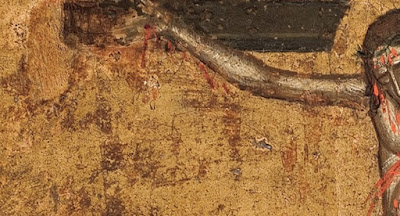 He then began to teach them that the Son of Man must suffer many things and be rejected by the elders, the chief priests and the teachers of the law, and that he must be killed and after three days rise again. - Mark 8:31

The Nicene Creed declares of the Son of God,

"For us and for our salvation he came down from heaven; he became incarnate by the Holy Spirit and the virgin Mary, and was made human. He was crucified for us under Pontius Pilate; he suffered and was buried. The third day he rose again, according to the Scriptures."

What a wonderful statement to consider and think about. Our faith in death and resurrection of Christ are the non-negotiables that we must hold to tightly and dwell on continually. There is an unfathomable depth of richness in these simple statements that should release us on a life of holy contemplation of the sufferings of our Lord.

Commemoration of the Death of Christ

The early Church remebered the suffering of the Lord and resurrection daily but also commemorated it yearly on a specific day. That day was debated at first and various local believers practiced different days but soon a universal day was recognized. This yearly consideration of the death and ressurection of Christ allows for a season of very deep meditation on the death of the Son of God for us and should greatly deepen us in our holy faith.

Jesus died for our sins! It is not a phrase that we should glib over lightily but heaven is consumed with this constantly, the heavenly choruses never end glorifying the son of God who died for all races, peoples and humanity.

The incarnation is part of the sufferings of the Godhead in which God humbled himself to save humanity. Every accusation, misunderstanding, evil look, secret plot, word of gossip, slander, all hurt the Son of God's heart. He suffered so many things for us, willingly laying down his life continually on the earth for 33 years (12,000+ days).

Every day it was a conscious choice of the son of God to bear the shame for us so that we could be free. In the end with blood stained eyes he looks at humanity killing him and has only love for this is the reason he came.

His final foe was death, that he would trample victoriously, as an early liturgy says, "Trampling down death by death."

His death defeated all death and in him is life everlasting, resurrection life. We are invited during this season of lent and holy week to consider again what we remind ourselves daily, the great suffering, death and resurrection of our Lord. May it become richer and more meaningful to us each year, as we are simply preparing to enter into the fullness of worship in heaven, declaring to the Lamb: "you were slain, and with your blood you purchased for God" (Revelation 5:9). Amen.
You must log in or register to reply here.
Similar threads