Staff Member
The United States of America has been blessed in so many ways. Why? Because of Godly men and women who stepped forward carrying their faith with them wherever they went. Wasn't part time for Sunday's or Saturday's only. It was everyday and in every walk of life. Here is one of those instances.
With the Love of Christ Jesus I share this.
YBIC
Nick
<><
From Wallbuilders: 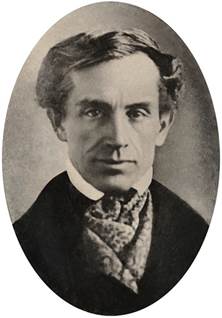 On May 24, 1844, a seismic breakthrough occurred: the first telegraphic message was transmitted between cities. People in two separate and distant geographic locations could instantly communicate with each other!

What was that first message? It was a Bible verse: Numbers 23:23 "What hath God wrought!" Such a message today likely would be met with much criticism, but for most of history--especially most of American history--religion was not seen as a hindrance to scientific thought but rather just the opposite.

This particular scientific breakthrough came at the hands of dedicated Christian inventor Samuel F. B. Morse. Morse (developer of the famous Morse Code) was also a celebrated painter, and while painting a portrait in Washington, D.C. in 1825, he received word that his wife in New England was seriously ill. He quickly returned home but found his wife had not only died but had already been buried.

Frustrated at the length of time it had taken the message to reach him, he sought a better and faster method of long distance communication. Morse initially developed a single strand telegraph which could transmit messages only over a short distance. He continued to perfect his invention until finally developing a means of transmitting magnetic signals over long distances.

Morse demonstrated his invention at the U. S. Capitol, and in 1843 Congress appropriated money to construct a telegraph line between the Capitol and Baltimore. That first telegraphic message (pictured below) from Exodus 23 was sent from the basement of the U.S. Capitol the following year. (That message had been suggested by the daughter of a friend.)

Many years later, looking back over that invention, Morse reflected:

If not a sparrow falls to the ground without a definite purpose in the plans of infinite wisdom [Matthew 10:29], can the creation of the instrumentality so vitally affecting the interests of the whole human race have an origin less humble than the Father of every good and perfect gift [James 1:17]? . . . I use the words of inspiration [that is, the Bible] in ascribing honor and praise to Him to Whom first of all and most of all it is pre-eminently due. “Not unto us, not unto us, but to God be all the glory” [Psalm 115:1]. Not what hath man, but “What hath God wrought!” [Exodus 23:23]

(You can read more about Samuel F. B. Morse's invention in the Numbers 23 article in The Founders Bible.) 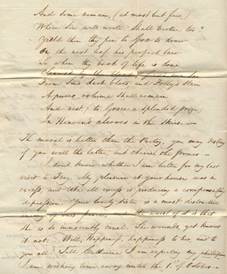 [/RIGHT]Biblical faith permeated Morse's life. For example, in an 1830 letter (from WallBuilders' collection, a page of which is pictured on the right), Samuel included a religious poem he had written earlier in life:

Yield then thy pen to God to draw
On the next leaf His perfect law
So when thy book of life is done
Cleans'd by the blood of God's own Son.
From sin's dark blots and folly's stain
A purer volume shall remain
And rest (to grace a splendid prize)
In Heaven's alcoves in the skies.

The use of Morse's telegraphic invention grew rapidly and expanded not only across America but also the globe. (See, for example, an 1858 sermon from WallBuilders' library, The Atlantic Telegraph: As Illustrating the Providence and Benevolent Designs of God, was preached after the laying of a trans-Atlantic telegraph cable.) Today we enjoy the modern technological blessings that sprang from what Christian inventor Samuel F. B. Morse began on May 24, 1844.
You must log in or register to reply here.
Share:
Facebook Twitter Reddit WhatsApp Email Link
Top