So my brothers and sisters in Christ, was the Reformation Necessary? And what are you doing?

How many souls have you help lead to Christ?

How many times have you given your testimony how Jesus saved your soul?

How many times have you told your story how the "Holy Spirit" came into your body like a rushing mighty wind!

How many times have you spoken how the "Holy Spirit" convicted you of your Sins you had committed and how it washed your conscious clean and filled you with His Joy?

How many times you have stood up in fear of life or harm to testify about Jesus because The Holy Spirit is compelling you to do so.

How many times have you witness to strangers that was frightening to you, but you witness anyway, and not holding back. Telling the dangers of damnation is before them and how Jesus died in their place. And how horrible it was. And how terrible the Father poured out his wrath upon His own son. How many times have you told the Salvation story?
The blood how it was shed, the scars the tears Jesus cried and how He was frighten and in fear, He was of the things He had to endure, and it was not His will but the will of His Father. And how He obeyed even unto death.
How many times have told the Story. And do it still leave you in tears! The only way a person cannot shed tears in the Salvation Story is because that person Thinks They Have a Part in Saving Their Own Selves! Is because of something they have done! Is because of what they have believe! And others haven't. They cannot shed a tear. Because they have credit and works! So they have earn the wages of eternal life. And they keep up the Good works so they cannot lose THEIR Salvation! To much pride! In what they have done and will do to keep it! They must sealed it by their own stamp. They are good people they deserve it.

I do know what I deserve it is not eternal life but eternal death.

So do you think the Reformation was necessary?
S

Yes, the Reformation was necessary. What does That have to do with the rest of your comments.

Sue D. said:
Yes, the Reformation was necessary. What does That have to do with the rest of your comments.
Click to expand...

Was not the comments of those, lace into messages of "The Reformers" The Reformation Era, died all kinds of violent deaths, continue preaching while being stone right there at the pulpit, bleeding from mouth , brow, beatings from crowds right from where they stood preaching. musket fire, around their heads, and homes a flame at night. And the majority were "Calvinist" who lead and fought the way. For religious freedom. Even into America.
Was the violence necessary. Did the Reformation breed a field of Blood violence? Was The Reformation necessary?

Why Am I bring this up? Can we not see what is going on around us, around this world. Are not these events "Familiar"? We may not can do anything about what is happening but we can aleast recognize the events and warn those of the things to come and do not be alarm. For we have pass by this before. There is nothing new under the sun. There is a biblical cycle. And we have lost that narrative it seems.
S

Why bring "Calvinist' into the subject. Have no clue about That. For religious freedom?

The Reformation was started by the group of men within the RCC who tried to reform it from within. The RCC did Not like that. Thus the Reformers. The Protestors.

Well -- Jesus Christ shed His blood on the cross for mankind. The Romans didn't like His message. There has probably Always been 'blood violence'. Part of life.

Sue D. said:
Why bring "Calvinist' into the subject. Have no clue about That. For religious freedom?

The Reformation was started by the group of men within the RCC who tried to reform it from within. The RCC did Not like that. Thus the Reformers. The Protestors.

Well -- Jesus Christ shed His blood on the cross for mankind. The Romans didn't like His message. There has probably Always been 'blood violence'. Part of life.
Click to expand...

Because a lot of christians will be referring to them on "Thanksgiving Day" you do remember "The Pilgrims" some would like to called them "Puritans". but the time is coming for us to speak the Truth with one another.

(Eph. 4 25).
American Standard Version
Wherefore, putting away falsehood, speak ye truth each one with his neighbor: for we are members one of another.

Colossians 3:8
But now you must put aside all such things as these: anger, rage, malice, slander, and filthy language from your mouth.

Colossians 3:9
Do not lie to one another, since you have taken off the old self with its practices,

All this fighting among ourselves and anger against "Calvinist" must stop! This hatred is not of GOD and it sure is not a guideance by the "HOLY SPIRIT"!
This bearing of false witnessing has to stop. Speaking about things that you have not did a thorough investigation is ungodly and not of GOD but of the enemy.
and God is my witness.

This is lead by a evil spirit! And those who are "Elders and Gifted in the Faith" know I speak the truth!
Just because one do not understand something does not make them "SUPERIOR"! And Just because a person have the Holy Spirit in them. "They have to SPEAK in TONGUES to be Saved. And there are some "RC" that are saved. Just because they are the member of the "RCC" does not disqualify them from "Salvation".
In reality the True Children of GOD, we are "FEW" in numbers and scatter though out this world, in all kinds of "TRIBES", in all kinds of colors. Tall ones, short ones, long haired, short hair, sprinkle ones, dip ones, dunk in the creek ones, pour on Top of the head ones.

Methodist, Calvinist, Arminians, Semi-Pelagianians, and the march goes on and on, Arapahoes, Navajos, Cherokees, Choctaws, ..etc.

King James Bible
And in thy seed shall all the nations of the earth be blessed; because thou hast obeyed my voice.

Galatians 3:16
The promises were spoken to Abraham and to his seed. The Scripture does not say, "and to seeds," meaning many, but "and to your seed," meaning One, who is Christ.


Speak the truth to another. and Speak Jesus. and denominations are a group of little churches that has all kinds growing within them.

I watched that yesterday boy was convicted

"So my brothers and sisters in Christ, was the Reformation Necessary?" 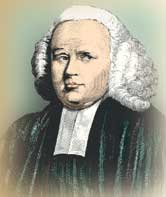 www.christianity.com
You must log in or register to reply here.
Similar threads