Mapping the worldwide spread of the coronavirus

Staff Member
More than 50,000 people have died worldwide in the covid-19 pandemic as of April 2, and the number of reported cases is over 1 million, according to data from Johns Hopkins University. The United States is now the outbreak’s epicenter, with more reported infections than any other country.

Several countries are confirming thousands of new cases of covid-19 each day, led by the United States, where testing was slow to begin.

On March 31, United Nations Secretary-General Antonio Guterres called the pandemic “the most challenging crisis we have faced since the Second World War.”

The disease, which can trigger severe respiratory symptoms, has been reported on every continent except Antarctica and in at least 180 countries. The World Health Organization declared covid-19 a pandemic on March 11.

The U.S. total of reported cases is by far the highest in the world. Covid-19 has been confirmed in every state and in most U.S. territories. As more tests are performed, many states are seeing rapid growth in the number of known cases. 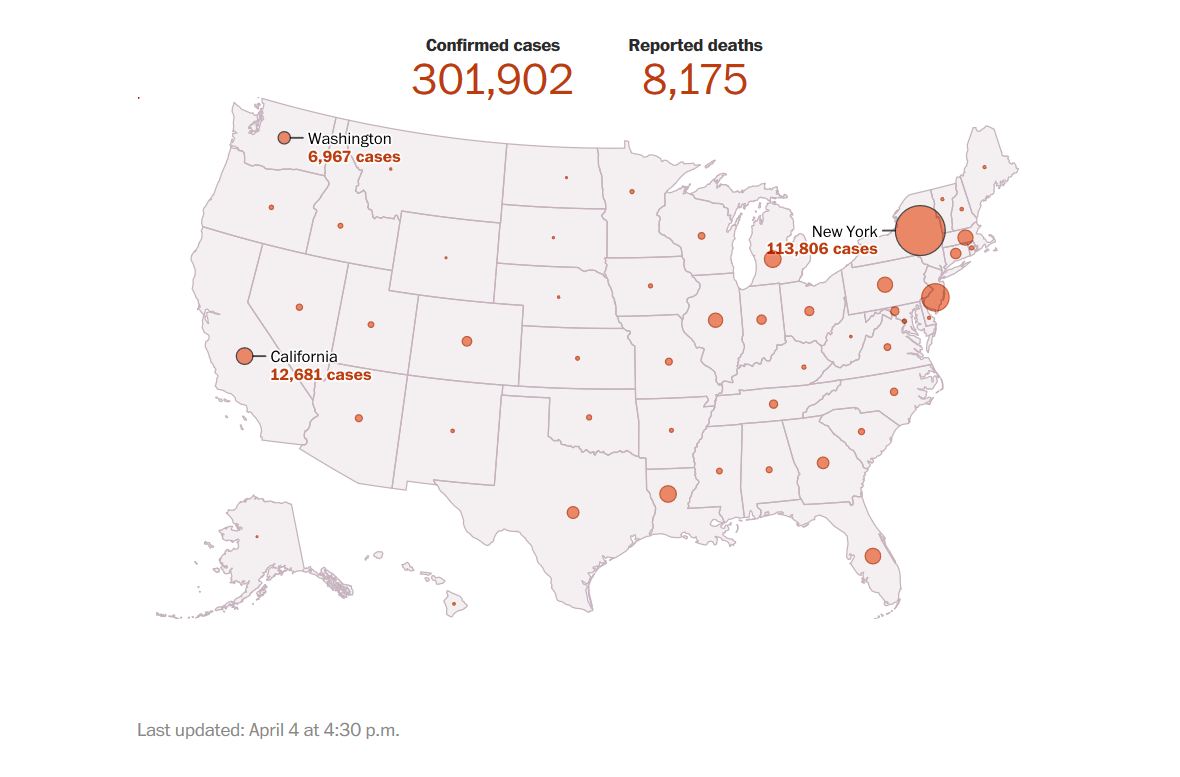 In the early months, China, where the outbreak originated last year, reported more cases than any other country. Its tally of new infections peaked in mid-February and approached zero by mid-March, although questions surround the accuracy of its data. The country is reporting an uptick in new cases as travelers return from abroad.