K.P. Yohannan: Overcoming Criticism in the Body of Christ 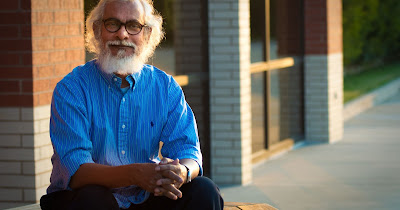 Criticism is a great danger in the Church in our day where many are even thinking they are doing God a favour by being critical against others. K.P. Yohannan shares ways we can overcome criticism that is directed towards us and understand why people do these things so we can have empathy and compassion for them. Currently we are featuring on SermonIndex.net a sermon on Bitterness by K.P. Yohannan which goes into detail of why believers end up acting in these ways. Only with God’s help through forgiveness can we be freed of this sin and start to live in a way where we bless and not condemn others.

Read below what K.P. Yohannan says about Criticism:

In our world, it seems impossible to escape criticism. If we do poorly at school or at work, people will criticize us. Should we do well and excel in business, we still face criticism from people who are jealous of our success. It seems to be a favorite pastime of the human race to take one person after another, good or bad, and “skin them alive” with criticism.

What makes people act this way? Psychologists say one of the underlying reasons people criticize each other is to take revenge for the hurts they once received. Whether deserved or not, criticism is always painful. No one likes it. Yet people seem to enjoy themselves when others are cut down.

Most believers have accepted the fact that the world will criticize us regardless of how saintly we may live or how many charitable contributions we may make. However, I have found that the greatest shock and discouragement for believers come when they realize that they encounter this same heartless criticism from their brothers and sisters in the Body of Christ. Of course, God never meant this to happen. But many Christians have never allowed the Lord to cleanse their lives from this destructive behavior. It’s a very serious problem; and if it is not dealt with, it easily can destroy a church.

Imagine this: Jesus, the sinless Son of God, faced His worst criticism—not from the Roman government or from ungodly people—but from the most recognized and pious religious leaders of His nation. Paul experienced the same thing. His worst critics were people inside the Church, not the heathen he tried to win. In fact, he deals very thoroughly with this problem in his second letter to the church in Corinth.

Whether criticism comes from the world or from within the Church, it is important for us to know how we should respond to it.

Here are a few ways to Overcome:

1. Not To Pay Back - The Bible clearly instructs us in Romans 12:17 not to pay back evil for evil, which means we must not lash out and respond in anger in the same manner we were treated.

2. Maintain Love - On the contrary, God wants us to respond differently. We are to maintain our love for the brothers and trust the Lord to handle our defence. Only if we do this will the cycle of destructive criticism be broken.

3. Say No to Discouragement - The feelings of deep hurt and discouragement that follow criticism can easily bring us to a point of despair, giving up our calling or even suicide. In no way must we allow this to happen! If we give in, the enemy has reached his goal of stopping us from building God’s kingdom.

4. Look Objectively - The best we can do when we receive criticism is to look at it objectively. If the accusations are simply empty talk, we should dismiss them and by God’s grace go on with our life.