EMERGENCY: Devil worshippers march the streets today! Pray against it! 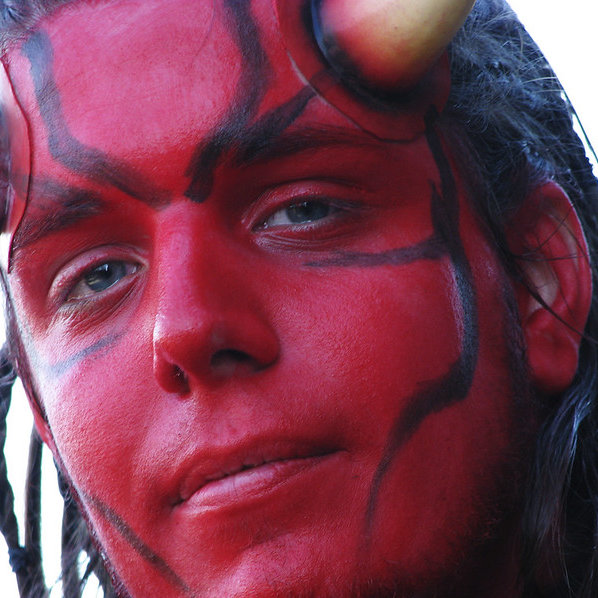 A Luciferian March for a One World Government will be held in at least 22 U.S. cities on June 21 during a solar eclipse. More cities are being added as they attempt to make this a nationwide and worldwide movement of appealing to Satan for empowering the One World Government. A worldwide...

ifapray.org
They are marching today, hours from now. Let us repent and put away our sins that nothing will be between us and our God so He may hear our prayers. 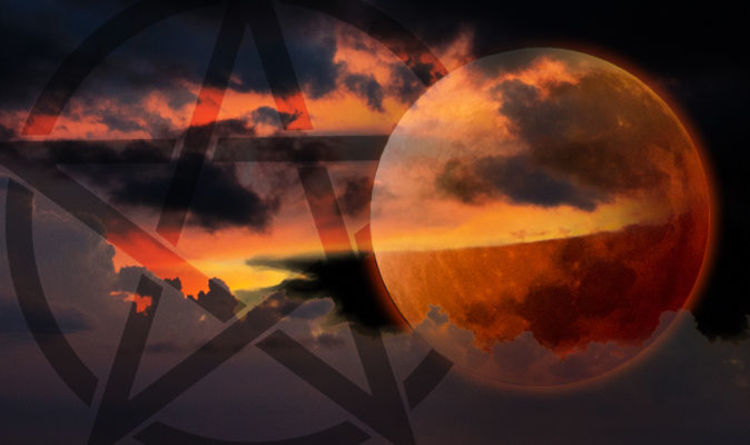 TONIGHT’S super blood blue moon will be accompanied by a massive rise in SATANIC RITUALS with Satanists promising human and animal sacrifice and bizarre acts of sexual promiscuity.

www.express.co.uk
There is a possibility that these dangerous activities may happen again, either today, or the future.
"During a recent full moon Satanic ritual one of the famous Dartmoor ponies was found in a circle of fire with its tongue, eyes and genitals mutilated and belly slit from end to end. The mutilations had been conducted while the pony was alive. At the time Karla McKechnie, Dartmoor’s Livestock Protection Officer, said she feared devil worshippers were behind the slaughter and said: "We do get strange things happening from time to time, normally when it’s a full moon."

They also do human sacrifices. And even sacrifice virgins. It's really sad. (There was a video on youtube, 2 men was on the news or something, for raping and murdering a virgin. They said the devil told them to do it.)

I want to remind and encourage us all that there is power in prayer. It's not just 'make believe'. The more faith you have the more real it is. Let this testimony grow your faith:
A former satanist explains his personal experience of the power of prayer. How Christians who prayed blocked his satanist curses. At 6:00 - 7:17


"We wrestle not against flesh and blood, but against principalities, against powers, against the rulers of the darkness of this world, against spiritual wickedness in high places." Ephesians 6:12
And if you are willing, or waiting for a sign to fast and pray, then maybe this is it.

"And Jesus rebuked the devil; and he departed out of him: and the child was cured from that very hour. Then came the disciples to Jesus apart, and said, Why could not we cast him out?" Mat 17:18,19
"Howbeit this kind goeth not out but by prayer and fasting." Mat 17:21

The Luciferians did not enter the Western Wall Plaza and it is unclear whether they held their event.

Why get people stirred up about stuff like this? It looks like nothing more than a facebook stunt. There's a couple of hundred likes and nothing much going on? Honestly, my own very ordinary church in London musters more people than this every Sunday in praise of God.

Hekuran said:
Why get people stirred up about stuff like this? It looks like nothing more than a facebook stunt. There's a couple of hundred likes and nothing much going on? Honestly, my own very ordinary church in London musters more people than this every Sunday in praise of God.
Click to expand...

They do satanic rituals which include killing animals and humans. Raping them as well. Virgins.
On days with full moons or when the things in the skies do interesting things is when they usually have their rituals. It is true, we must always keep our eyes on Jesus.
And we still can while praying for safety and that His Will will be done, against the enemy's will. This seems like a big event so I felt it needs the attention of prayer warriors.

1 Timothy 2:1 - I exhort therefore, that, first of all, supplications, prayers, intercessions, [and] giving of thanks, be made for all men;
James 5:16 - Confess [your] faults one to another, and pray one for another

It is His Will that we pray for one another. Prayer does not bring God down to us, but brings us up to Him. The Spirit of prayer is what helps keep our minds on Christ,
having Him be a constant reality to us. This event is one reason to enter the chambers of the Most High. You go to God to pray about this event, then you stay in His presence and commune with Him with other things.

Ok. It's good to check these kinds of sensational claims before posting on. Many of them have little or no substance. And it detracts from much of the real evil and work of the devil that we should be vigilant about.

ChickenBawkBawk said:
They are marching today, hours from now. Let us repent and put away our sins that nothing will be between us and our God so He may hear our prayers.
Click to expand...

Devil worshipers don't have to march to be noticed, they are walking our streets, shopping centres, supermarkets etc daily.

Shalom
You must log in or register to reply here.
Similar threads