Did you know thatThat being a real Child of GOD is a dangerous Lifestyle, being a True Christian may cost you your life.

And it always have been that way.

Christian martyrs today
An 1858 illustration from the French newspaper, Le Monde Illustré, of the torture and execution of a French missionary in China by slow slicing
The Center for the Study of Global Christianity of Gordon–Conwell Theological Seminary, an evangelical seminary based in Hamilton, Massachusetts, has estimated that 100,000 Christians die annually for their faith. Archbishop Silvano Maria Tomasi, permanent observer of the Holy See to the United Nations later referred to this number in a radio address to the 23rd session of the Human Rights Council.

However, the methodology used in arriving at this number has been criticized. The majority of the one million people the Center counted as Christians who died as martyrs between 2000 and 2010, died during the Civil War in the Democratic Republic of Congo. The report did not take into consideration political or ethnic differences. Todd Johnson, director of the CSGC, says his centre has abandoned this statistic. Vatican reporter and author of The Global War on Christians John Allen said: "I think it would be good to have reliable figures on this issue, but I don't think it ultimately matters in terms of the point of my book, which is to break through the narrative that tends to dominate discussion in the West – that Christians can't be persecuted because they belong to the world's most powerful church. The truth is TWO-THIRDS OF the 2.3 billion Christians in the world today live… in dangerous neighbourhoods. They are often poor. They often belong to ethnic, linguistic and cultural minorities. And they are often at risk.

The Clips i see on TV and YouTube could never give Encouragement to Christians in the War torn Countries and the Slaughtering of Christians that is going on , around The WORLD. Our brothers and sisters in CHRIST, Needs The return of JESUS and we should be Praying for HIS Quick Return. On their behave if not ours.

Many have no shoes, no mothers, no fathers, no food, no clothes but the clothes on their backs, and laboring for penny's even to make Christmas lights, toys and makeup, eye lashes, lipstick, and Pandora jewelry to be place under a Christmas tree and many do not even have a Roof over their heads. many being rape, murder, torture just because they will not renounce Jesus. and the so called Civilize world do not know what to to do. even The United Nation is at lost.

New American Standard Bible
He who testifies to these things says, “Yes, I am coming quickly.” Amen. Come, Lord Jesus.
Revelation 22:7
"Behold, I am coming soon. Blessed is the one who keeps the words of prophecy in this book."
1 Corinthians 16:22
If anyone does not love the Lord, let him be under a curse. Come, O Lord!

Hebrews 10:37
For, "In just a little while, He who is coming will come and will not delay.
B

Staff Member
We in the 'West' have it so easy
we should be disgusted and ashamed when we complain: 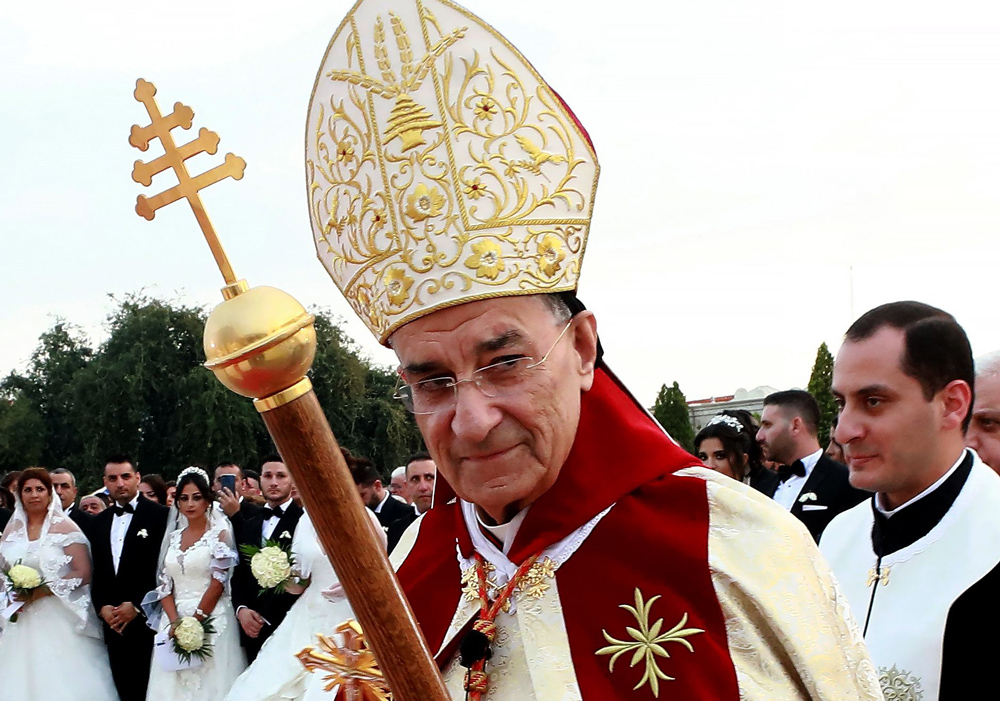 After sexually harassing a Christian sanitation worker, a Muslim supervisor threatened to file blasphemy charges — which carry a maximum death penalty — against her unless she withdraws her complaints against him." — Morning Star News, August 31, 2021,

1,000's upon 1,000's of christians cannot mention The name of JESUS without dying violent deaths forget about worshipping you can do that in your secret closet, these christians cannot mention his name. Neither can their children. Your neighbors might be spies, your children grade school friends might be "informants" Just like in the "Reformation period you could not quote a piece of "Holy Scripture" in your language , for if you did it was a death sentence on your household. men women and children died violently, and these atrocities has never ended. Around the world. Worshipping is easy. But Identity is another matter. That is why etymology is so important. One would rather be in the "Westernize world" a christian rather than a "Witness" of Christ in another part of the world. Because being a witness of Christ, you have been called to die violent deaths, to follow Jesus, is a death sentence. To die to self, and life.

Mark 8:35
For whoever wants to save his life will lose it, but whoever loses his life for My sake and for the gospel will save it.

We must give up all. And it is all ours, too freely give or keep.

"Now a man named Ananias, together with his wife Sapphira, also sold a piece of property.With his wife’s full knowledge, he kept back some of the proceeds for himself, but brought a portion and laid it at the apostles’ feet.…"

Where will you vacation this year, Who will you buy for, and how much will you spend on Christmas, and will only drop crumbs from your table on "Thanksgiving and Christmas Day" in The name Jesus. And will you still ignore these words: But say: LORD, LORD. and you thinking we will get bless by the crumbs, that fell from our table.

Giving to a soup kitchen is alright, BUT Jesus did not tell You to give to a soup Kitchen. With all of these "Theologians" and "Critical Scholars" and "Textual Critics" pastors, bible teachers, and Bible thumpers refuse to promote such suggestions as written on a worldwide scale in The name of JESUS. Your wife do not need that "necklace" and he do not needs that golf club, she do not need that ring on her finger or those ear rings either! On Christmas morning. Christians Stop being A "Christian" and start walking Like "A Child OF GOD" . For it comes with a cost.

Christ's Example:
(2 Corinthians 8BSB
"I am not making a demand, but I am testing the sincerity of your love in comparison to the earnestness of others. For you know the grace of our Lord Jesus Christ, that though He was rich, yet for your sakes He became poor, so that you through His poverty might become rich."

So Now HE has made you rich. Now it is time for you to become Poor again and Make other RICH, by your giving. For Jesus has given you 'The Example" for You to follow and become poor and make others rich. Stop give out crumbs, And start giving out your best and becoming poor again that you may be Rich!

Stop being a"Christian" and start walking like a "Child of The LIVING GOD" making many Rich and becoming Poor again.

(1 john 2)KJV
And hereby we do know that we know him, if we keep his commandments. He that saith, I know him, and keepeth not his commandments, is a liar, and the truth is not in him. But whosoever keepeth his word, in him verily is the love of God perfected: hereby know we that we are in him. He that saith he abideth in him ought himself also so to walk, even as he walked."

It is not easy to be "Christ-Like". But we can be who we are. So let those who are "The True Children of GOD" walk like it. Until that day when we will enter into His "Like-ness" "The Full Adoption" and Fully Clothe with all The Shared Inheritance and The Full Benefits pertaining to "The Sons of The LIVING GOD", who will be Manifested throughout ETERNITY, GLORIFIED.

For the world thinks of heaven, But The Sons and all those in Heaven , the Angels and all creatures who resides there is Wailing for Our "GLORIFICATION"

"The Sons of The LIVING GOD". and All ETERNITY is waiting for our Appearance. 'The SALVATION STORY" The Completion. THE MANIFESTATION of THE Sons of GOD"

And the devil knows this. and he is hot and angry. His attention-is directed at us and not the world. He does not want the weak and the deceived Brothers and sisters in Christ to know this TRUTH. But he keeps their minds on the things of this WORLD which GOD the FATHER has Condemn. and Curse.

But GOD still have a few, that is going to tell you "The TRUTH" to Secure your "HOPE" and you will know it is The TRUTH when you heard. For "The TRUTH" has only been design for you and not to them. For HE have LOVE you before The FOUNDATION of The WORLD and HE gave you a name, before names exist. He is "Our FATHER" and not theirs.

"The Spirit himself beareth witness with our spirit, that we are children of God: and if children, then heirs; heirs of God, and joint-heirs with Christ; if so be that we suffer with him , that we may be also glorified with him ".

(2 Corinthians 5:1-10)
"For I reckon that the sufferings of this present time are not worthy to be compared with the glory which shall be revealed to us-ward. ..For the earnest expectation of the creation waiteth for the revealing of THE SONS OF GOD. ..For the creation was subjected to vanity, not of its own will, but by reason of him who subjected it, in hope ...that the creation itself also shall be delivered from the bondage of corruption into the liberty of the glory of the children of God. ..For we know that the whole creation groaneth and travaileth in pain together until now. ..And not only so, but ourselves also, who have the first-fruits of the Spirit, even we ourselves groan within ourselves, waiting for our adoption, to wit , the redemption of our body. ...For in hope were we saved: but hope that is seen is not hope: for who hopeth for that which he seeth? ..But if we hope for that which we see not, then do we with patience wait for it."

And it is Coming "Riding a White Horse" and bearing a Sword. The WORD of GOD.
You must log in or register to reply here.
Similar threads