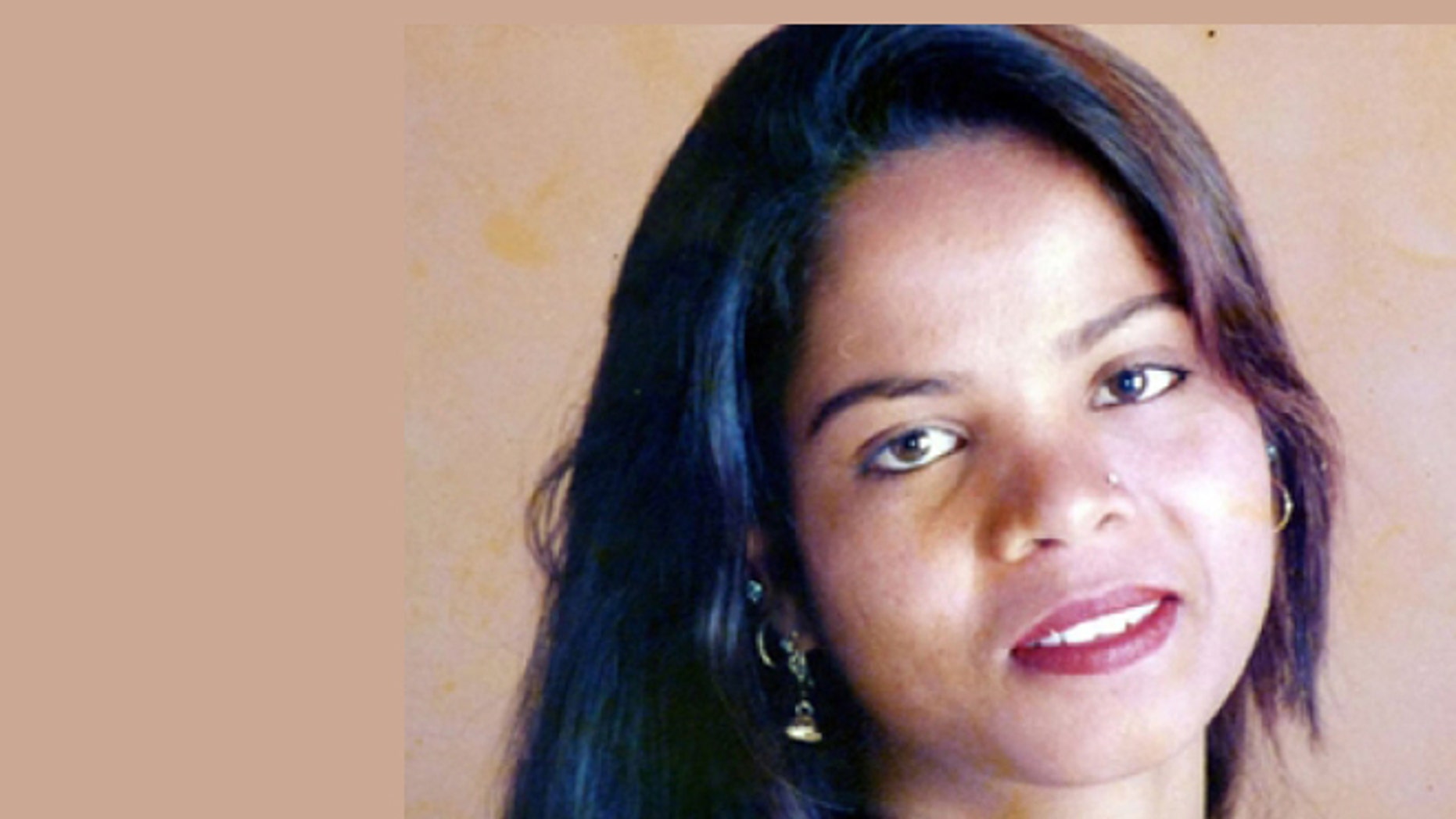 Asia Bibi, a Christian woman, was acquitted on Wednesday after being sentenced to death on blasphemy charges in 2010.

A Christian woman in Pakistan on death row for nearly a decade after she allegedly contaminated a water jug -- an offense viewed as blasphemy in the Muslim country -- was acquitted by the country’s top court on Wednesday.

Asia Bibi was ordered released eight years after she was sentenced to death in 2010 on blasphemy charges – a landmark ruling that sparked widespread protests around Pakistan by hard-line Islamists and even led to the murder of a local governor.

Bibi was not in court to hear the ruling, and AFP news agency quoted her as saying by phone: “I can’t believe what I am hearing, will I go out now? Will they let me out, really?”

The charges against the 47-year-old mother of three dates back to a hot day in 2009 when she went to get some water for her and her fellow farmworkers.

Later, two women refused to drink from the container she had touched because she was not Muslim. A few days later, a mob accused her of blasphemy after the women went to a local cleric in Sheikhupura – a city in Punjab – to report her.

She was tried, convicted and sentenced to death. 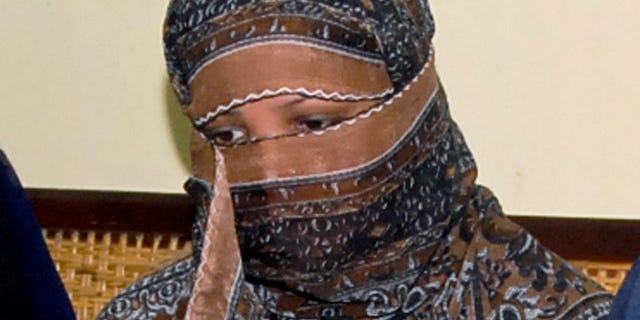 Pakistan's top court acquitted Bibi who was sentenced to death in 2010 on blasphemy charges, a landmark ruling that could ignite mass protests or violence by hard-line Islamists. (AP Photo, File)

Bibi is being held at an undisclosed location for security reasons and is expected to leave the country.
In Pakistan, the mere rumor of blasphemy against Muhammad can ignite mob violence and lynchings. Combatting alleged blasphemy has become a central rally cry for hard-line Islamists.

Salman Taseer, the governor of Punjab province, was shot and killed by one of his guards in 2011 for defending Bibi and criticizing the misuse of the blasphemy law. The assassin, Mumtaz Qadri, has been celebrated as a martyr by hard-liners since he was hanged for the killing, with millions visiting a shrine set up for him near Islamabad.
Bibi appealed her conviction to the Lahore High Court, which upheld the decision in October 2014, sending the case to Pakistan’s Supreme Court.

Chief Justice Main Saqib Nisar announced the verdict to a packed courtroom Wednesday, saying Bibi’s “conviction is set aside and she is to be relieved forthwith if not required in other charges.”

The three-judge panel upheld the blasphemy law itself, saying it was consistent with verses from Islam’s holy book, the Quran. But they said prosecutors had failed to prove that Bibi violated the law. In addition to citing the Quran, the judges also referenced William Shakespeare’s King Lear, saying Bibi was “more sinned against than sinning.”

The ruling sent shockwaves across the country with hundreds of Islamists blocking a key road link the city of Rawalpindi with the capital, Islamabad. Islamists gathered in the country’s largest city, Karachi, in the northwestern city of Peshawar and elsewhere. Police urged demonstrators to disperse peacefully. 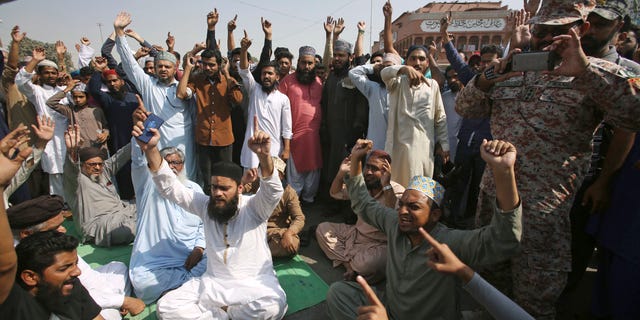 Supporters of a Pakistani religious group chant slogans while blocking the main road at a protest after a court decision, in Karachi, Pakistan. (AP Photo/Fareed Khan)

Ahead of the verdict, Khadim Hussain Rizvi, a hard-line cleric who has brought tens of thousands of people into the streets for past rallies, called on his supporters to gather in all major cities to express their love for the prophet and to protest if Bibi is released.

The decision is a victory for human rights activists, who said the country’s blasphemy law has been used to settle personal scores or to attack minority communities. The law carries a mandatory death penalty.

According to Sky News, more than 1,300 have been charged in the last 30 years and many of them were murdered before their trial was even complete.

“I am very happy. My children are very happy. We are grateful to God,” said Ashig Masih, who met with Pope Francis earlier this year. “We are grateful to the judges for giving us justice. We knew that she is innocent.”
You must log in or register to reply here.
Share:
Facebook Twitter Reddit WhatsApp Email Share Link
Top